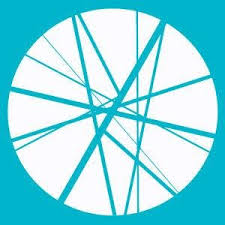 I’m excited to share that I’ve been nominated for an Arts Awards Waterloo Region in the Music category. This is a huge honour and it means a lot to be recognized in a community with so many fantastic musicians and artists! And, as if it could get any better, the band will be performing a couple songs at the awards show!

Here is the full list of nominees for the Music category:

James is a singer-songwriter. After winning “The Shot” vocal talent search in March 2015, his band was a finalist in the Breaking Bands competition at the 2015 Big Music Fest, and then a semi-finalist in Indie Week Canada. His debut solo EP was also released in 2015. James helps organize the Hohner Avenue Porch Party in Kitchener.

Bethany has sung with opera companies and orchestras in Canada, the United States, and Europe. A soprano, she has won the Lyndon Woodside Oratorio Solo Competition and received the prestigious Jacqueline Desmarais Foundation grant. In 2015 she sang locally with the Grand Philharmonic Choir and in a K-W Symphony opera-in-concert presentation of Die Fledermaus.

Olena and Andriy are music instructors and performers who together and separately have delighted audiences of the Uptown Waterloo Jazz Festival, K-W Chamber Music Society, The Jazz Room and many more venues. The couple, both graduates of the Glier State Music College of Kiev, operate the Accent Piano Studio and KW School of Music and Art.

Kathryn is the artistic director of NUMUS, a Waterloo new music organization focused on contemporary sounds. She is also director of the Improvisation Concerts Ensemble at Wilfrid Laurier University and an improvisation instructor in the faculty of music. Also a professional bass clarinetist, Kathryn has toured Canada as a soloist and released two albums.

Trevor is co-owner and director of Renaissance School of the Arts and conducts the Waterloo Concert Band and K-W Symphony Youth Concert Band. As a composer and arranger, he has produced more than 950 scores for performers around the world and for local groups, including KW Glee. He also teaches at Wilfrid Laurier University.