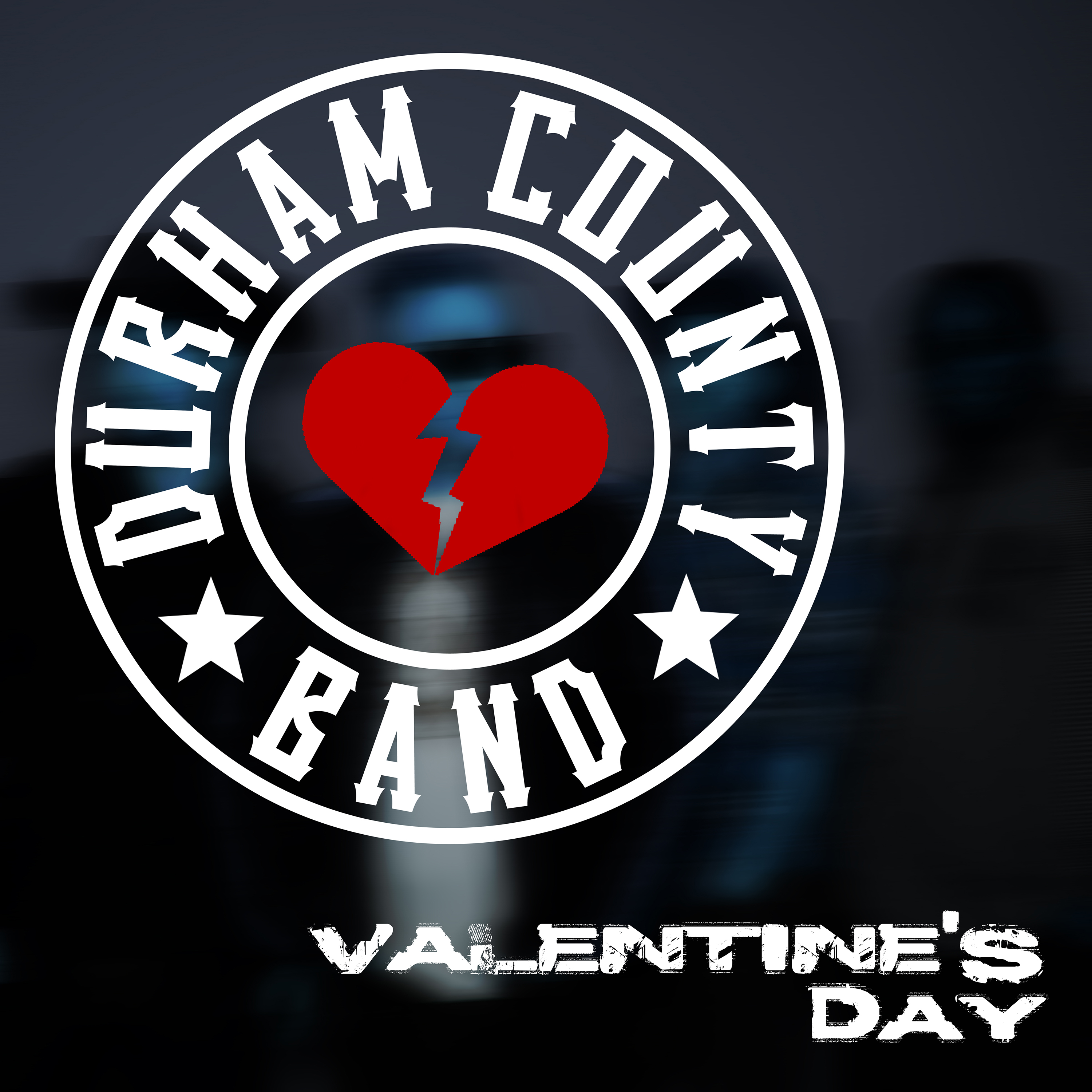 Pete “Hawaii” Wheeler and James Downham getting up-close and personal with Kip Walker!

At nine in the morning, on January 24, 2018, Durham County Band released their “Valentine’s Day “ video into the world via their YouTube Channel and waited for the Internet to explode.

One week before the official release, the band laughed at the thought of this song beaming into the eyes and ears of people around the world.

“It’s hard not to be excited about it,” said Kip Walker, lead singer of this particular Durham County Band track.  “We’ve had this wonderful, funny, and relatable song kicking around for so many years and finally, people are going to be able to hear it.”

“Obviously, we’re crazy excited about releasing it, not just to radio but also in video form,” added Pete “Hawaii” Wheeler, studio guru and guiding force of the Durham County Band.  “We laugh and talk about how amazing it would be to have people singing this anthem around the world.  It’s really a universal feeling, something we believe people will relate to.

To get the story of Valentine’s Day, the song, you have to go back many years.  Kip recalled the inspiration for the song with a sly smile.

“Using this chorus melody that James had, I actually wrote this song with a friend of mine, Buddy Bandit. We were just sitting around, complaining about how terrible Valentine’s Day can be when you’re alone.  Like everyone else is super stoked, and you’re just sitting around eating soggy fish fingers.”

James Downham burst into a belly laugh. “The Bandit may have been eating soggy fish fingers himself on that particular Valentine’s Day when the song was written. So sad.  So gross!”

Leading up to Valentine’s Day 2018, however, the mood was decidedly more upbeat.

Bronson Brown, bass player and director of the video, related his eagerness to get the song out there and let the public decide how big it could get.  “It’s silly to hope for something to go viral, with so many factors at play.  But how crazy would that be?  Crazier things have happened.”

He shrugged, looking at the rest of the band.

“Once it’s released, we’ll have three weeks until Valentine’s Day.  We just get to sit back and watch what happens.”